The Amazing History and Origins of Sports

When it comes to electric bike maintenance, much of it is the same as an ordinary bike — the chains and brakes are built more durable to accommodate for higher riding speeds, but checking their level of wear and maintaining them is the same as most bicycles.

One thing that's very different, however, is that you'll need to maintain the battery on your electric bike that allows it to provide ride assist power. The lithium-ion batteries that are used in these bikes are the same type that powers smartphones and laptops.

If you don't maintain a lithium-ion battery correctly, the cells within it start to degrade. This reduces the amount of charge it can hold, and you'll eventually need to replace it once it can no longer hold enough charge to power your bike. To learn how to keep your electric bike's battery in good condition, follow the four tips below.

In order to extend the life of your electric bike battery, the most important thing you can do is to only charge it to 80% of capacity. When you charge a lithium-ion battery to maximum capacity, the high voltage acts as a catalyst for the chemical reactions that are occurring inside of it. These rapid-fire chemical reactions degrade the overall lifespan of your battery and cause it to lose its ability to hold a charge faster.

There are a few ways you can stop charging your battery before it reaches full capacity. The easiest way is to buy a special charger that's designed to stop charging when the battery is 80% full. Some batteries will also give you an indication of how charged they are, which allows you to disconnect them from the charger at the appropriate time. You can also buy a multimeter that's designed for lithium-ion batteries — inserting it into the battery will give you an indication of how much charge it has.

2. Charge and Store Your Battery at Room Temperature

The second most important thing you can do to extend the lifespan of a lithium-ion battery is to avoid exposing it to high heat. High heat causes batteries to rapidly degrade. Don't store your electric bike's battery in the trunk of your car or leave it sitting in direct sunlight.

You should also only charge your battery when it's at room temperature. An electric bike's battery will heat up as you ride your bike, so let it sit in your home or at your workplace for 20 to 30 minutes before you begin charging it.

Avoid cold temperatures when charging your battery as well, as extreme cold slows the chemical reactions within a lithium-ion battery and prevents it from charging quickly. However, your charger only charges at one rate and doesn't adjust it for the temperature of the air. When electric bike batteries are charged too quickly, some of the lithium ions bind to the plate in the center of the battery and cause it to lose some of its ability to hold a charge.

When you're charging your electric bike's battery, set a timer in the room or a reminder on your phone to make sure you remember to unplug the charger. First, the battery will inevitably charge to 100%, and this should be avoided. Worse, however, is the fact that lithium-ion batteries naturally lose some of their charge over time. When the battery loses some of its charge, the charger will try to restore it. These rapid, short charge cycles can cause a lithium-ion battery to quickly degrade.

If you're not riding your electric bike during the winter, you'll need to safely store the battery while you're not using it. For maximum battery life, you'll need to store the battery at 50% charge — this is the same method that lithium-ion battery manufacturers use when they store them in warehouses before they're sold. This provides a buffer to prevent the battery from fully discharging while it's stored and is the overall healthiest charge level to maximize battery life.

Finally, make sure you buy your electric bike battery from a reputable manufacturer. Quality lithium-ion batteries last longer and have safety features built-in that make them more resistant to becoming damaged by temperature extremes or overcharging. Whether you're buying your first bike or replacing your battery, an electric bike shop can recommend the best brands to use. 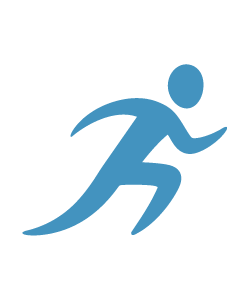 Many people are sports enthusiasts and they're often curious about the history and originating rules of sports games that are still being played today. We're the inquisitive type too and that's why we created this blog. We dove into history books, visited sports museums and questioned sports buffs about the early backgrounds of many sporting events and we've documented our findings in this blog. We were amazed when we found out that some sports originated thousands of years ago and cave drawings from prehistoric times are interpreted as being sporting events. We're sure that you'll find our information about the history of sports as interesting as we did and you'll be able to amaze others with hundreds of tidbits about sports trivia.

When it comes to electric bike maintenance, much o …

3 Features You Want In A Powder Trickler
1 February 2020

Firearm enthusiasts can go through a significant a …

You might have played basketball many times, but y …

Archery can be a relaxing hobby and sport that can …